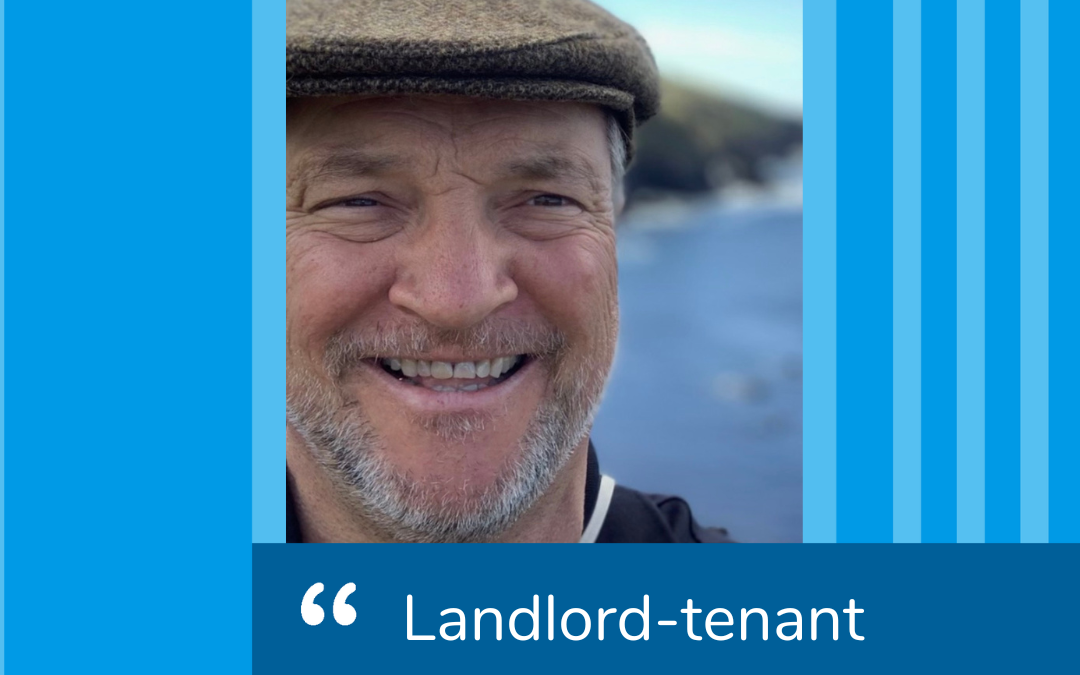 Six Rivers welcomed Michael Reid as our Oregon Early Dispute Resolution Specialist earlier this year.  Michael’s position was made possible when Six Rivers was selected as one of five dispute resolution centers across Oregon to undertake a new pilot program for “EPM” – Eviction Prevention Mediation.  Michael brings years of experience in mediation, program development and community service to Six Rivers. He also brings a belief that resolving conflict in mediation (rather than after adversarial litigation) can create compassionate, long-lasting resolutions.

Michael began his mediation journey in his job with the American Association of Retired Persons (AARP) in Washington, DC after graduating college with degrees in philosophy and psychology.  As a mediator for AARP, Michael served the less visited parts of DC and was “responsible for meeting with older folks at neighborhood centers and listening to their concerns and exploring with them the ways that AARP Outreach might empower them.”  Michael “loved trying to help and encouraging our clients to seek solutions for situations that had seemed hopeless earlier.”  This work inspired Michael to attend law school and, after graduating from the University of Virginia School of Law, he earned law licenses in Oregon and North Carolina.  For the last thirty-five years Michael has worked with state and federal judges, federal mediators, arbitration staffs, community mediation centers, and non-profit charities, doing versions of the same kind of work:  helping to find solutions to disputes so that the need for litigation was avoided or reduced.

Michael returned to the Gorge after finishing a career as a lawyer for the federal courts.  While researching his new community, he found the Winter issue of The Gorge Magazine and read the article “Resolving Conflict” inside.  He describes the article as “a story about the inspirational group of mediators at Six Rivers – people who do fantastic, important work for our communities.”  Michael was inspired to write a “letter of admiration” to Six Rivers, and after a “a whirlwind few months,” he “was blessed with the chance to serve as Early Resolution Specialist at Six Rivers.”  Michael still has that magazine as a keepsake!

Michael explains that EPM provides mediation and conciliation services to landlords and tenants at no costbecause the program receives funding from Oregon Housing and Community Services.  The program’s goals include increasing awareness in our communities of how mediation can be an effective and inexpensive method of resolving rental housing disputes and supporting collaborative processes that are alternatives to litigation and eviction.  The program is also designed to reduce the burdens on our courts and law enforcement agencies by helping to resolve housing disputes before they clog court dockets.  These services are available free of charge to landlords and tenants throughout our Oregon service area – the counties of Hood River, Wasco, Sherman, Gilliam and Wheeler.  Six Rivers also has a wonderful mediator, Ona Lawrence, who provides similar services to landlords and tenants in Skamania and Klickitat counties in Washington.

Michael describes the highlights of Oregon’s Eviction Prevention Mediation program like this:

In addition to knowing that the program’s services are free, I would like people for whom EPM is designed – the exasperated property manager who is trying to find a way set a fair payment plan for back-rent; the frightened tenant who is hesitant to ask for help; the parent or child who is worried about a relative’s vulnerability in a housing situation – to think of Six Rivers as an option and a valuable resource.  We have an expertly trained staff poised to help folks in our community who are feeling despair and stress.  Instead of imposing unworkable terms or trying to tell one side or the other what to do, we promise to help create a safe space in which each person will be heard and respected and given a chance to create reasonable solutions.  Landlord-tenant mediation is free, voluntary and worth trying.

Michael also contributes by serving our community as a mediator in other ways. This provides him with an inspiring perspective: “we are living at a time when disagreeing loudly often seems to be preferred over considering another’s point of view, but even so – something graceful happens whenever someone voluntarily comes to a safe space and agrees to listen and to share.”  Every mediator he knows has witnessed that grace.  Michael’s hopes for our community “spring from the truth that although mediation will never solve all of the problems that we encounter, giving a mediator a chance to help ignites the spark that makes us human. And in the light from that spark resides a Grace that empowers us to undertake amazing restorative action and frees us to solve problems that moments before seemed unsolvable.”

When not supporting Six Rivers and his community, Michael enjoys reading, especially about history.  He is currently reading books about the American Civil War, Ireland’s struggles for independence, and World War II.  He is “balancing” this by also re-reading (in order, this time) Louise Penny’s “Inspector Gamache” mystery series.  Michael also enjoys writing historical fiction.  He is currently in the process of editing his manuscript about several families who lived on a lakeshore in Upstate New York during the Civil War, near where he grew up 100 years later.  Michael loves hiking, long-distance cycling, gardening, and he just discovered the enjoyable but humbling experience of playing pickleball.  Many people he plays with are several years older than he is, and they share the sweetest smiles as they casually but repeatedly send the plastic ball rocketing past him.  Michael enjoys listening to music, especially bluegrass, Americana, Irish and classical music.  He considers having sung Beethoven’s “Ode to Joy” in a performance by a symphony choir as one of the greatest moments in his life (after the birth of his daughter, of course).

We here at Six Rivers appreciate the skill, empathy and humility that Michael brings with him.  When asked to describe what he loves about conflict resolution in one sentence (a challenge for a writer), Michael responded, “I love the humility that arises when we are in the presence of true resolution that we invited and for which we gently prepared a place.”

To learn more about mediation and Six Rivers, please check out our fall newsletter or visit www.6rivers.org.